As narrated by Tuesday, Tuesday Tucks Me In is a day in the life of this service dog extraordinaire and tail-wagging ambassador for all things positive and uplifting in the world. The book takes us through a typical day of adventures, starting with Tuesday waking military veteran Luis in the morning and greeting him with dog breath in the face, and then ending with Tuesday cuddling up to Luis on their bed, the last moment they spend together before sleep. 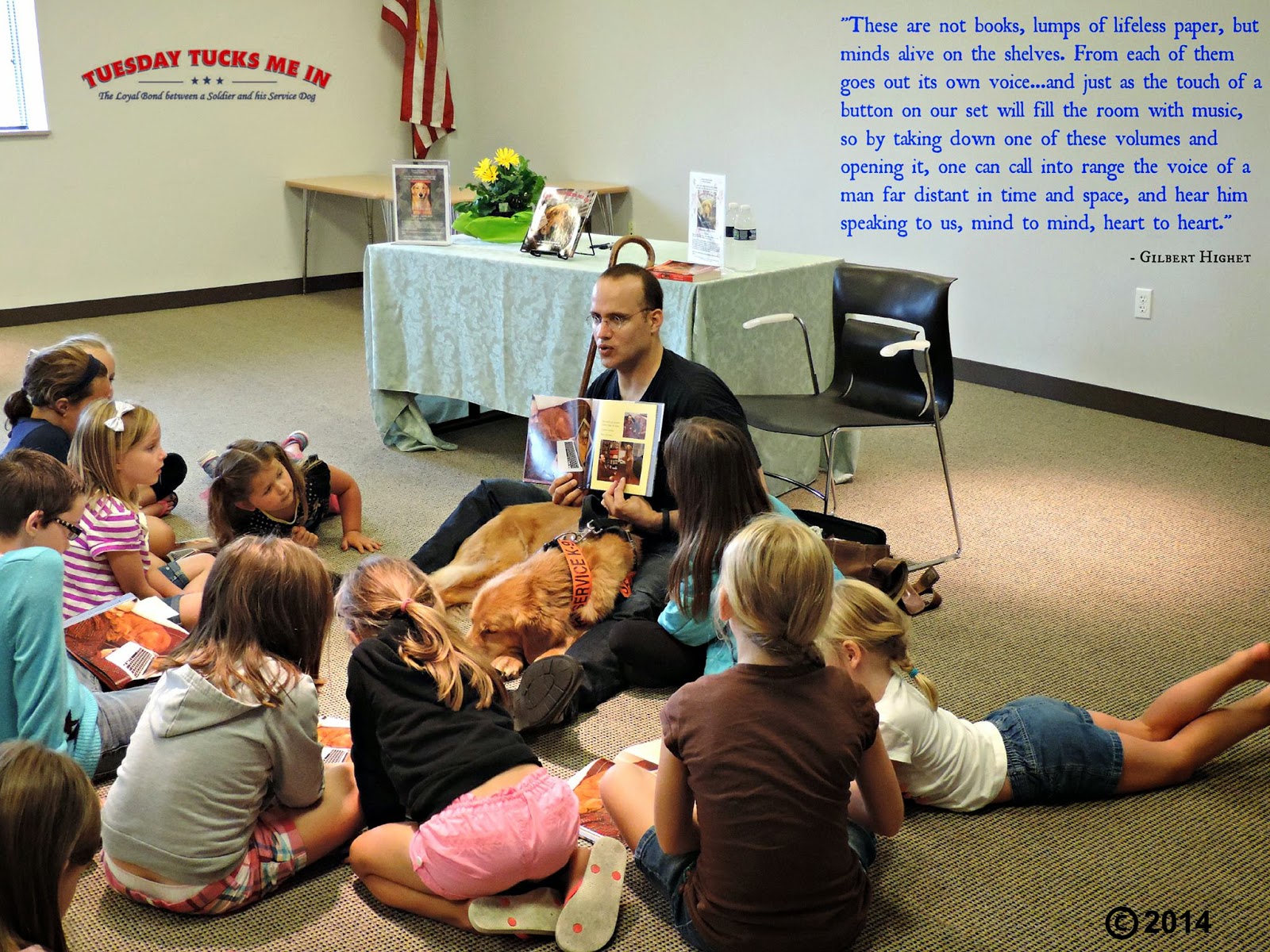 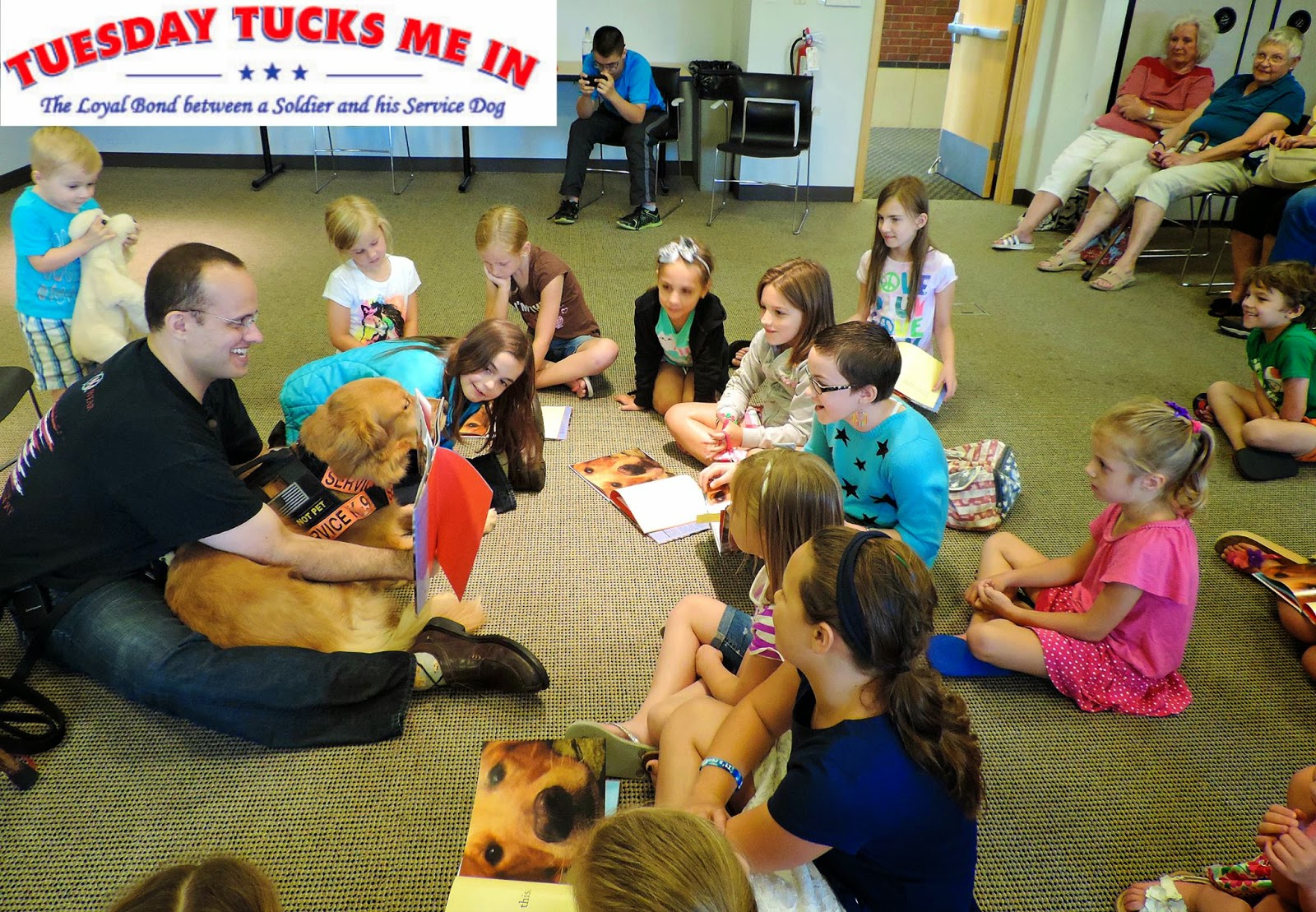 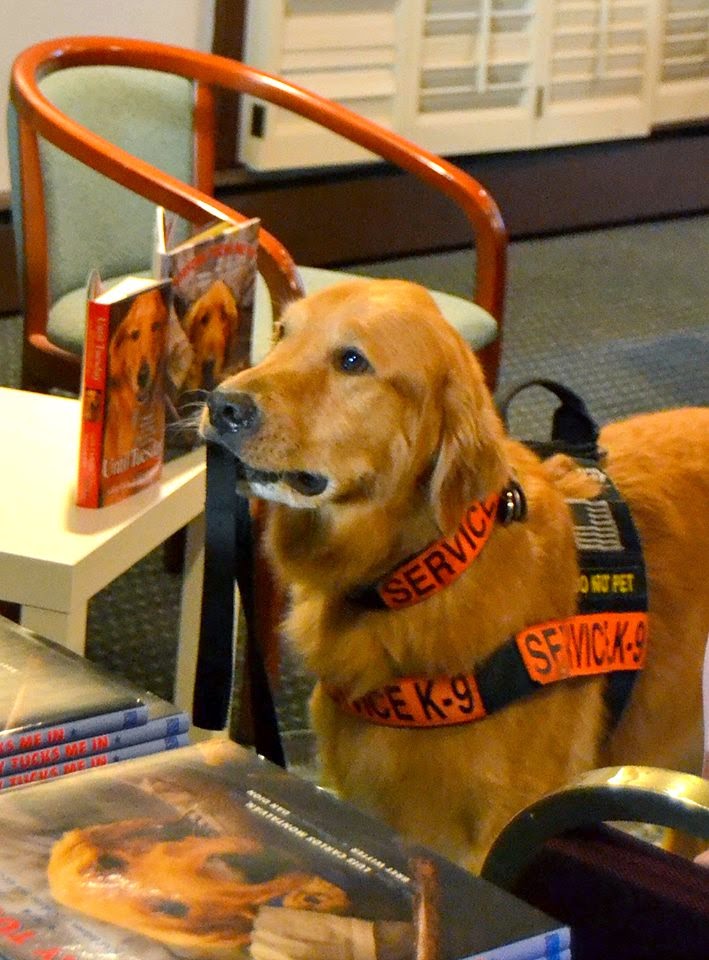 Judy B. says:
"There is a remarkable bond between an ex-serviceman, a "wounded warrior", and a professionally trained service dog, Tuesday, who helps with Fmr. Captain Luis Carlos Montalvan's physical and emotional challenges. Not only does Luis have terrible physical pain, he needs Tuesday, a big handsome and smart Golden Retriever, to provide a certain calm and centering throughout the day. Be sure to note the socks that Mr. Montalvan wears!

This is such a moving story and the cover tells you everything about this beautiful relationship between man and his very best friend." There is another, "grown-up" book of up if Mom and Dad wants to learn more about Tuesday: A heartwarming dog story like no other: Tuesday, a lovable golden retriever, changes a former soldier's life forever. A highly decorated captain in the U.S. Army, Luis Montalván never backed down from a challenge during his two tours of duty in Iraq. After returning home from combat, however, his physical wounds and crippling post-traumatic stress disorder began to take their toll. He wondered if he would ever recover.

Then Luis met Tuesday, a sensitive golden retriever trained to assist the disabled. Tuesday had lived among prisoners and at a home for troubled boys, and he found it difficult to trust in or connect with a human being--until Luis. Until Tuesday is the story of how two wounded warriors, who had given so much and suffered the consequences, found salvation in each other. It is a story about war and peace, injury and recovery, psychological wounds and spiritual restoration. But more than that, it is a story about the love between a man and dog, and how, together, they healed each other's souls.
Posted by hungry reader at 6:00 AM