Some Very Interesting New History Volumes On Our Shelves In this original and illuminating book, Denise A. Spellberg reveals a little-known but crucial dimension of the story of American religious freedom—a drama in which Islam played a surprising role. In 1765, eleven years before composing the Declaration of Independence, Thomas Jefferson bought a Qur’an. This marked only the beginning of his lifelong interest in Islam, and he would go on to acquire numerous books on Middle Eastern languages, history, and travel, taking extensive notes on Islam as it relates to English common law. Jefferson sought to understand Islam notwithstanding his personal disdain for the faith, a sentiment prevalent among his Protestant contemporaries in England and America. But unlike most of them, by 1776 Jefferson could imagine Muslims as future citizens of his new country.

Based on groundbreaking research, Spellberg compellingly recounts how a handful of the Founders, Jefferson foremost among them, drew upon Enlightenment ideas about the toleration of Muslims (then deemed the ultimate outsiders in Western society) to fashion out of what had been a purely speculative debate a practical foundation for governance in America. In this way, Muslims, who were not even known to exist in the colonies, became the imaginary outer limit for an unprecedented, uniquely American religious pluralism that would also encompass the actual despised minorities of Jews and Catholics. The rancorous public dispute concerning the inclusion of Muslims, for which principle Jefferson’s political foes would vilify him to the end of his life, thus became decisive in the Founders’ ultimate judgment not to establish a Protestant nation, as they might well have done.

As popular suspicions about Islam persist and the numbers of American Muslim citizenry grow into the millions, Spellberg’s revelatory understanding of this radical notion of the Founders is more urgent than ever. Thomas Jefferson’s Qur’an is a timely look at the ideals that existed at our country’s creation, and their fundamental implications for our present and future. After Presidents Franklin D. Roosevelt and Abraham Lincoln, Doris Kearns Goodwin wields her magic on another larger-than-life president, and another momentous and raucous American time period as she brings Theodore Roosevelt, the muckraking journalists, and the Progressive Era to life.

As she focused on the relationship between Franklin and Eleanor Roosevelt and Lincoln and his Team, Goodwin describes the broken friendship between Teddy Roosevelt and his chosen successor, William Howard Taft. With the help of the “muckraking” press—including legendary journalists Ida Tarbell, Lincoln Steffens, William Allen White, and editor Sam McClure—Roosevelt had wielded the Bully Pulpit to challenge and triumph over abusive monopolies, political bosses, and corrupting money brokers. Roosevelt led a revolution that he bequeathed to Taft only to see it compromised as Taft surrendered to money men and big business. The rupture between the two led Roosevelt to run against Taft for president, an ultimately futile race that resulted in the election of Democrat Woodrow Wilson and the diminishment of Theodore Roosevelt’s progressive wing of the Republican Party.

Like Goodwin’s chronicles of the Civil War and the Great Depression, The Bully Pulpit describes a time in our history that enlightened and changed the country, ushered in the modern age, and produced some unforgettable men and women. 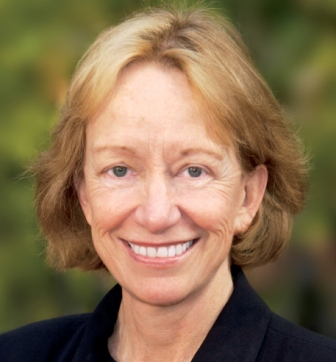 On Monday, December 9, 2013, Doris Kearns Goodwin Will Be Discussing and Signing Her Latest Book at our Historic Lodo Store at 7:30 pm.

Free numbered tickets will be required for this event. Please check back for further information on ticketing. Seating for the presentation prior to the booksigning is limited, and available on a first-come, first-served basis to ticketed customers only.
Posted by hungry reader at 6:00 AM