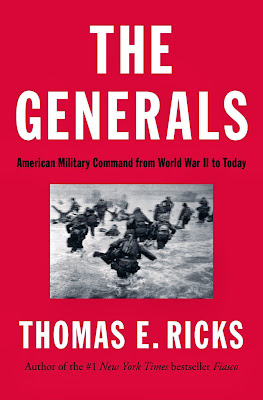 Thomas E. Ricks has made a close study of America’s military leaders for three decades, and in The Generals, he chronicles the widening gulf between performance and accountability among the top brass of the U.S. military. While history has been kind to the American generals of World War II—Marshall, Eisenhower, Patton, and Bradley—it has been less kind to others, such as Koster, Franks, Sanchez, and Petraeus. Ricks sets out to explain why that is. We meet great leaders and suspect ones, generals who rose to the occasion and generals who failed themselves and their soldiers. In Ricks’s hands, this story resounds with larger meaning: about the transmission of values, about strategic thinking, and about the difference between an organization that learns and one that fails. Cartography enthusiasts rejoice: the bestselling author of the Just My Type reveals the fascinating relationship between man and map.
Simon Garfield’s Just My Type illuminated the world of fonts and made everyone take a stand on Comic Sans and care about kerning. Now Garfield takes on a subject even dearer to our fanatical human hearts: maps. Imagine a world without maps. How would we travel? Could we own land? What would men and women argue about in cars? Scientists have even suggested that mapping—not language—is what elevated our prehistoric ancestors from ape-dom. Follow the history of maps from the early explorers’ maps and the awe-inspiring medieval Mappa Mundi to Google Maps and the satellite renderings on our smartphones, Garfield explores the unique way that maps relate and realign our history—and reflect the best and worst of what makes us human.
Featuring a foreword by Dava Sobel and packed with fascinating tales of cartographic intrigue, outsize personalities, and amusing “pocket maps” on an array of subjects from how to fold a map to the strangest maps on the Internet, On the Map is a rich historical tapestry infused with Garfield’s signature narrative flair. Map-obsessives and everyone who loved Just My Type will be lining up to join Garfield on his audacious journey through time and around the globe. The bestselling author of Collapse and Guns, Germs and Steel surveys the history of human societies to answer the question: What can we learn from traditional societies that can make the world a better place for all of us?
Most of us take for granted the features of our modern society, from air travel and telecommunications to literacy and obesity. Yet for nearly all of its six million years of existence, human society had none of these things. While the gulf that divides us from our primitive ancestors may seem unbridgeably wide, we can glimpse much of our former lifestyle in those largely traditional societies still or recently in existence. Societies like those of the New Guinea Highlanders remind us that it was only yesterday—in evolutionary time—when everything changed and that we moderns still possess bodies and social practices often better adapted to traditional than to modern conditions.The World Until Yesterday provides a mesmerizing firsthand picture of the human past as it had been for millions of years—a past that has mostly vanished—and considers what the differences between that past and our present mean for our lives today.

This is Jared Diamond’s most personal book to date, as he draws extensively from his decades of field work in the Pacific islands, as well as evidence from Inuit, Amazonian Indians, Kalahari San people, and others. Diamond doesn’t romanticize traditional societies—after all, we are shocked by some of their practices—but he finds that their solutions to universal human problems such as child rearing, elder care, dispute resolution, risk, and physical fitness have much to teach us. Provocative, enlightening, and entertaining, The World Until Yesterday is an essential and fascinating read. Michael Pollan’s Food Rules prompted a national discussion helping to change the way Americans approach eating. This new edition illustrated by celebrated artist Maira Kalman—and expanded with a new introduction and nineteen additional food rules—marks an advance in the national dialogue that Food Rules inspired.
Many of the new rules, suggested by readers, underscore the central teachings of the original Food Rules, which are that eating doesn’t have to be so complicated and that food is as much about pleasure and community as it is about nutrition and health.
A beautiful book to cherish and share, Food Rules guides us with humor, joy, and common sense toward a happier, healthier relationship to food. What do we do when life lurches out of balance? How can we reconnect to one other and to what’s sustaining, when evil and catastrophe seem inescapable?

These questions lie at the heart of Stitches, Lamott’s profound follow-up to her New York Times–bestselling Help, Thanks, Wow. In this book Lamott explores how we find meaning and peace in these loud and frantic times; where we start again after personal and public devastation; how we recapture wholeness after loss; and how we locate our true identities in this frazzled age. We begin, Lamott says, by collecting the ripped shreds of our emotional and spiritual fabric and sewing them back together, one stitch at a time. It’s in these stitches that the quilt of life begins, and embedded in them are strength, warmth, humor, and humanity.