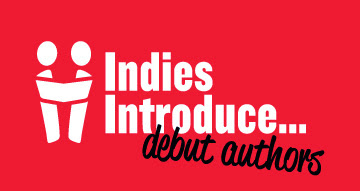 Leonard Self has spent a year unwinding his ranch, paying down debts and fending off the darkening. Just one commitment left: taking his wife’s ashes to her favorite overlook, where he plans to step off the cliff with her. Memories and encounters along the familiar road seem like obstacles—or they may be signs it’s not his final drive after all.

Author Charlie Quimby kindly took some time to tell us more about his book via a Q&A:

You’ve always been a writer, yet your first novel is coming out at age 64. How does that happen?
It happens after decades of pursuing other enthusiasms. Things like marathoning and writing and recording music crowded out the possibility of sustained work on a novel. When I quit trying to be good at golf and left the business world, I basically dared myself to do this with the time. The time aside, I couldn’t have written this book when I was 35 and full of myself.

A lot goes on in Monument Road that doesn’t fit inside two lines of description. How do you like to talk about the novel?

I’d say Leonard Self was wounded and isolated early in life, but he found a way through the world that worked for him, thanks to his wife. Now she’s dead and he is brought to this edge, figuratively and literally, where he’s taking his final leave of her. This moment will mark the end of the life he had and, unlike her, he doesn’t believe he gets another one.

His drive connects stories of other people who faced defining moments along Monument Road: An impetuous high school girl who’s learning about what it means to take risks; a church choir director toeing the line between desire and God’s will; and a former foster kid accused of child molestation. All of them are caught living in this landscape that’s inspiring and intimidating, that invites big questions and can make them feel insignificant at the same time.

You’ve lived most of your life in Minneapolis. Why is your first a novel about a Colorado rancher?

I grew up in Colorado, and my great grandmother homesteaded there as a single parent. My paternal grandfather was a rancher and horse trainer in the southwest. But none of that would have led to Monument Road if I hadn’t gone away for 40 years. It was returning to the western Colorado landscape and the culture and my personal history with a fresh perspective that pulled this book out of me, kicking and screaming.

Leonard Self wasn’t even in the book when I began. I brought him in later to diversify the ensemble. I wanted an older character who was isolated but on the cusp of the changing, contemporary west, so I added a rancher. He needed a human reason to fit in the story, so I gave him a wife who’d died. Each time I added something, it led to another question I had to answer and it kept taking me deeper. My wife noticed I’d get choked up whenever I got to his part of the story. That was a sign I couldn’t ignore.

Authors often say a character just took over. Did this happen with you and Leonard Self?

Although I had a concept for the novel from the start—about a man who’s driving a road hoping to head off the suicide of someone he doesn’t know—like my hero, I had to discover who the stranger was going to be. Eventually I realized the man on the cliff was a lot more interesting than my tortured good Samaritan.

Leonard wasn’t based on anyone, so he was free to grow out of the emotional matrix underlying the book: my father’s suicide, the nature of love when a loved one is gone, and the inchoate feelings we all experience revisiting the land of our birth. Plus, I was turning 60 and starting to think about the end of my own story.

The Grand Valley itself is almost a character.

Place can shape people—their options, their beliefs and their fates—and thus books. The novel I abandoned to write this one was set in a city and the north woods where it’s rare to see more than a few hundred yards, and it was all about corporate and political intrigue. Monument Road is a specific response to this landscape where you confront a couple billion years of geological history every day, see rain that never reaches the ground, where God or Mother Nature, take your pick, really grabs your attention.

Science, religion and art all take a whack at capturing this grandeur and telling us what it means. Each falls a bit short, so people either come to terms with it in their own way or latch onto one true explanation. Other landscapes can have this effect, but being perched on the edge of a 300-foot sheer cliff with a 20-mile view tends to raise different questions than a nice tramp through the woods.

It’s a serious book and bad things happen, but it’s full of humor, too.

There’s a lot of humor flying around a ranch or a drill rig. It tends to be rooted in observation, so this comes from a place and its people. Vaughn Hobart, who goes way back with Leonard, is described as being accomplished at looking busy, staying out of the way and offering help once none’s required. He started as a clown, with a small role in the plot. But as I wrote I began to explore what would happen in his own mind, where he is not a small actor, and a deeper side to him emerged. He proves to be a great friend and important force in the story, not just a comic pain in the butt.

In life, we don’t always get things right in first draft, either, but we still jump to conclusions about others. You can look at the mountain west and see red states, but there’s also a peculiar  strain of community here that emphasizes individual responsibility while being quick to come to a neighbor’s aid. The Grand Valley is full of generous skinflints.

Just as Leonard is figuring out if his life will continue, we all have to work out what happens next to human life on this planet. Monument Road is about how the invisible ties of community can work for the good, and it’s my appeal to America to do better.
Posted by hungry reader at 6:00 AM