"This book is a perfection of quirkiness as I have never seen it before," according to Jackie 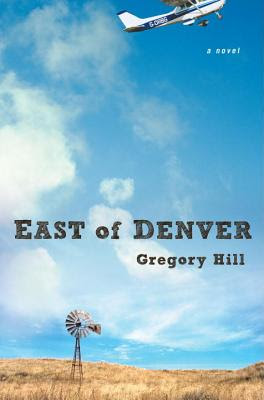 "On the surface, this is a simple book.  A 40something Denver man, Stacey "Shakespeare" Williams takes an unscheduled trip to his boyhood home in Dorsey, CO only to find his father living in deep dementia and profound squalor.  Shakes finds his caretaker dead in the bathroom (a week ago, from natural causes) and quits his job and moves back in with his father to see what he can do to literally save the farm.  Over the next several months the bills pile up, the groceries go down, old friends are somewhat reconnected with, and Shakes has a number of profound conversations with his rapidly deteriorating father.  This sounds like a grim novel, but it is the exact opposite.  There are tiny gems strewn throughout this book that are hilarious and uplifting and very, very wise.  This is book is a perfection of quirkiness as I have never seen it before, and a very promising debut from one of Colorado's own."


Here are some pictures from the signing event at Tattered Cover Colfax Avenue on July 5, 2012:

It was a ton of fun. And thanks for telling me about the Dutton tweet--I'm so glad the publisher liked what I had to say. Now you know about the blog, please visit again, often. :)